Who’s ready to get rewarded for loving local businesses?! While supplies last, February 1 through February 28, 2023, love local businesses by making a purchase at any of the 18 participating Independence businesses listed below and receive a scratch-it with each purchase of $5 or more! Every single scratch-it is a winner! Each scratch-it is worth $1, $5, $10, or $25 and can be used towards your next purchase of $5 or more at any of the participating business until February 28, 2023.

Support small business and get rewarded for loving local all month long! Don’t forget to tag the City of Independence in your Love Local Scratch-it photos on Facebook @independneceoregon and on Instagram @cityofindependence. Stay tuned as we may just giveaway some extra goodies during the month of love for those who tag us in their love local purchases! #lovelocalIndyOR 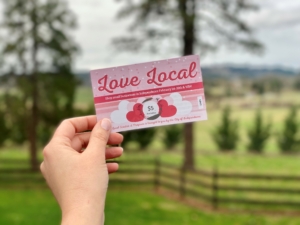