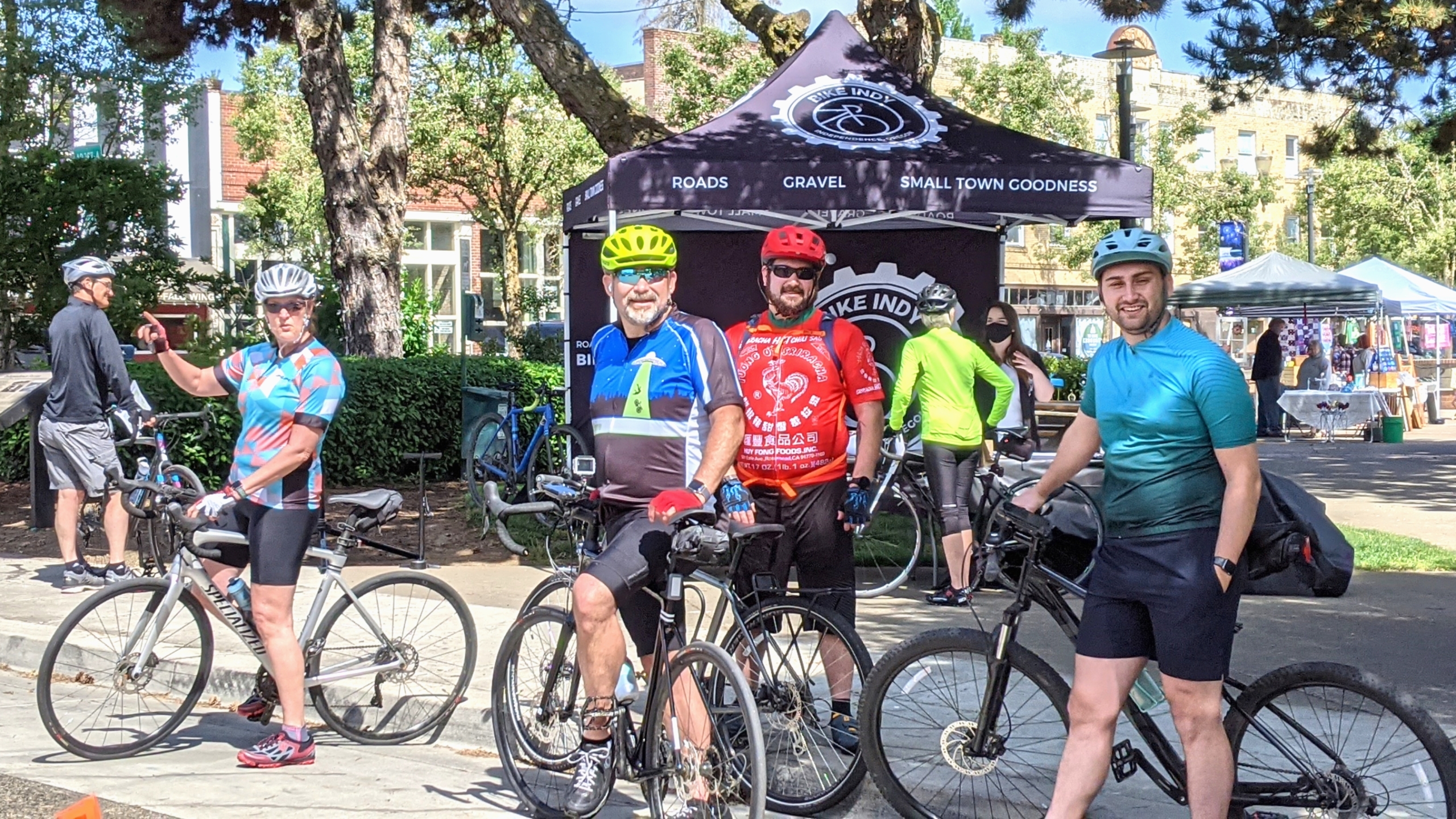 Tips for Biking in Indy

Remember you're technically a vehicle. Obey the rules of the road.
Wear appropriate clothing (including sunglasses and sunscreen). Layers are good.
Be aware of your surroundings and keep an eye on the weather forecast. Things can change quickly in the PNW.
Carry plenty of water and snacks.
Bring a printed map (cell service is limited in some outdoor areas).
Help preserve Oregon’s natural spaces by following the principles outlined in the Take Care Out There initiative.

It’s a pleasant day in Polk County. A gentle wind cools bike riders as they casually make their way south of Independence toward the hamlet of Buena Vista. Suddenly, as if reacting to a starter’s gun, cyclists stand on the pedals and accelerate.

It’s a race, of sorts. They’ve “dropped the hammer” for two miles, pushing speed as much as possible.

This is not a typical cycling event. Under normal circumstances, organized rides are casual cruises. No timing, no winners. This is different. This is Drop the Hammer, a free, organized weekend of riding staged four times a year by Bike Indy Oregon, a cycling program created by the City of Independence.

There are similarities. Drop the Hammer, like other events, creates mapped routes of varying distances; riders can then choose the distance and difficulty that best fit their skill sets or desires that day.

Here’s where Drop the Hammer changes pace. First, some routes feature gravel road segments for those interested in trying a different surface. Second, and most importantly, riders using the popular Strava tracking application can record their efforts. 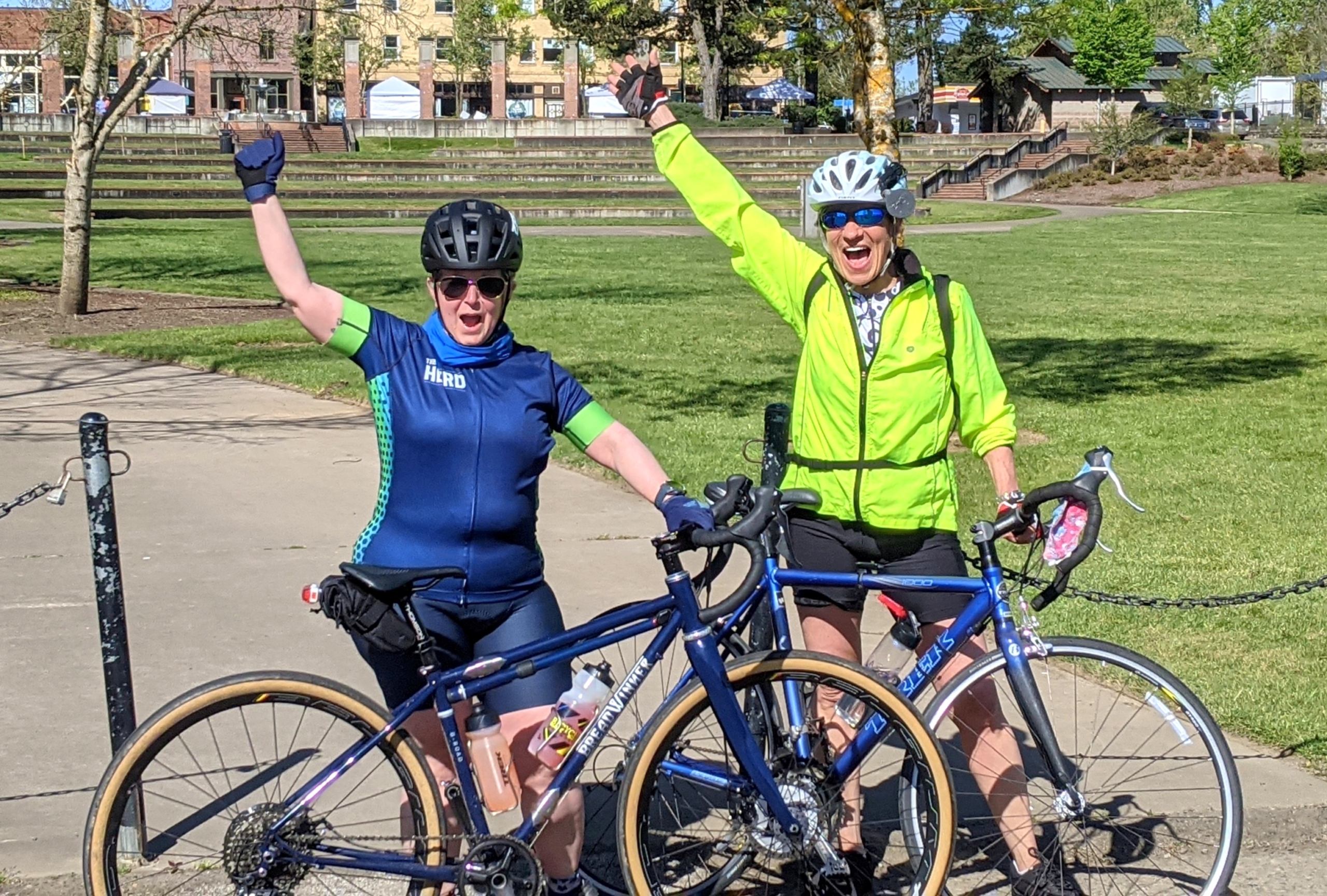 Drop the Hammer organizer Ramon Martinez created “segments” in the Strava system. He then placed orange markers along the road indicating each segment’s start and finish. When a rider using the app reaches the start marker and “drops the hammer” and rides as fast as possible, Strava records the effort. Ramon then tabulates all efforts after the event and reports the top three finishers.

It’s two miles of friendly competition during an otherwise easy-going day on the bike.

“I’m a big fan of Strava, and I figured the segment feature would be fun to try,” Ramon says. “I’ve received positive feedback from riders here.”

Riders can choose from six routes, three on paved roads and three on mixed terrain – pavement and gravel. Distances vary. Road cyclists can choose from the 27-mile “delight” route, the 41-mile “grande,” or the 81-mile “grandisimo.” With gravel included, the distances are 18-, 34-, and 74 miles. Some extend south into Benton County before curling back through Polk County wine country and back to downtown Independence.

“There is phenomenal riding in the area, and I thought this would be a fun way to get people out and try a featured route,” says Ramon, the city’s community engagement manager. “These are not traditional races. There is a three-hour window in the morning when you can head out. If you have a free Strava account, you can drop the hammer on the marked segment.”

The event is new in 2021. Nearly 100 cyclists took part in May’s Saturday and Sunday rides. Many took advantage of their complimentary Bike Indy Pass to explore downtown businesses and enjoy some price discounts.

The free Bike Indy Pass is also available at participating downtown businesses. Enjoy discounts at restaurants, wineries, coffee shops, and tap rooms. Think about this: A coffee and pastry before the ride and a rewarding, cold beer once you finish. 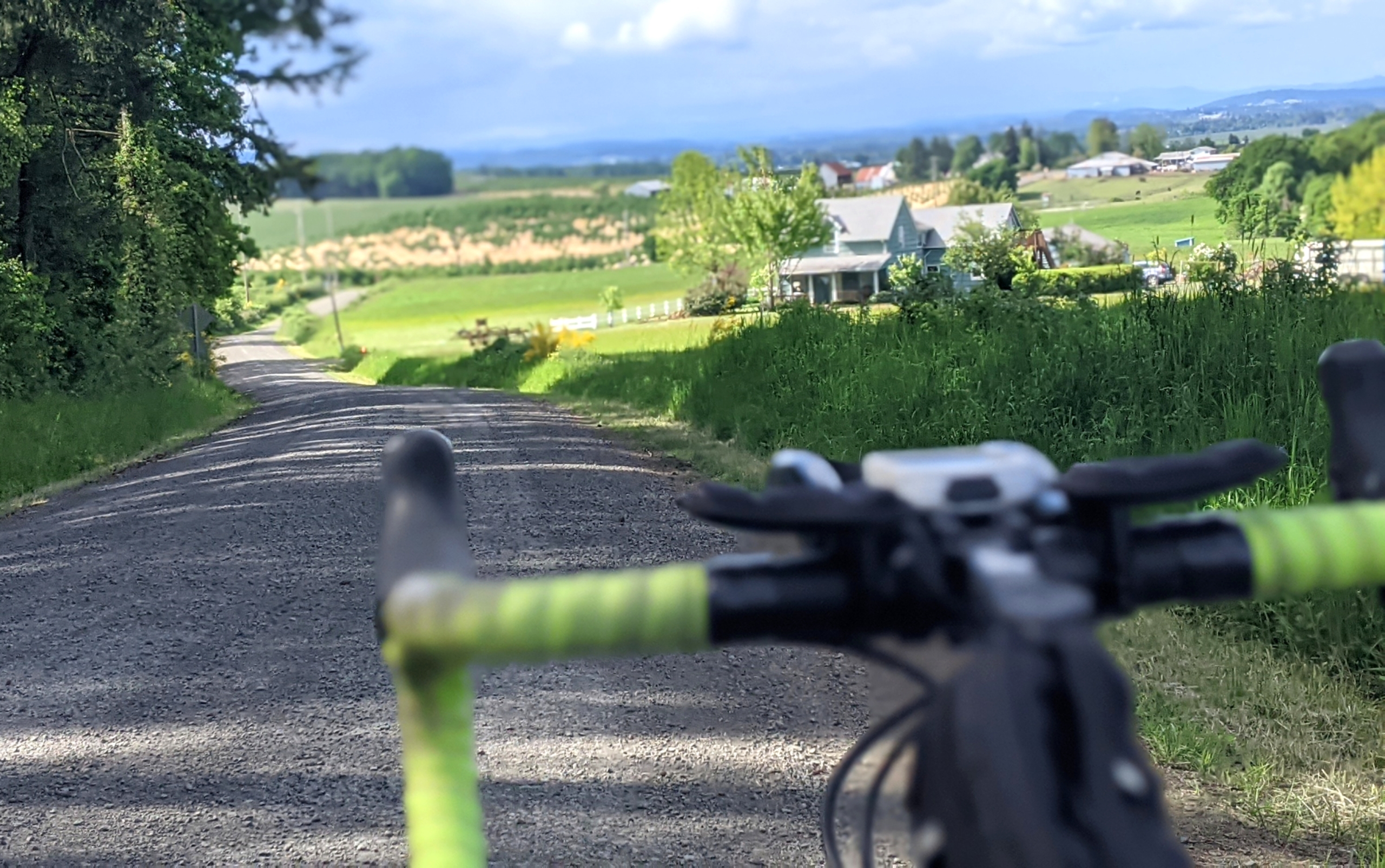 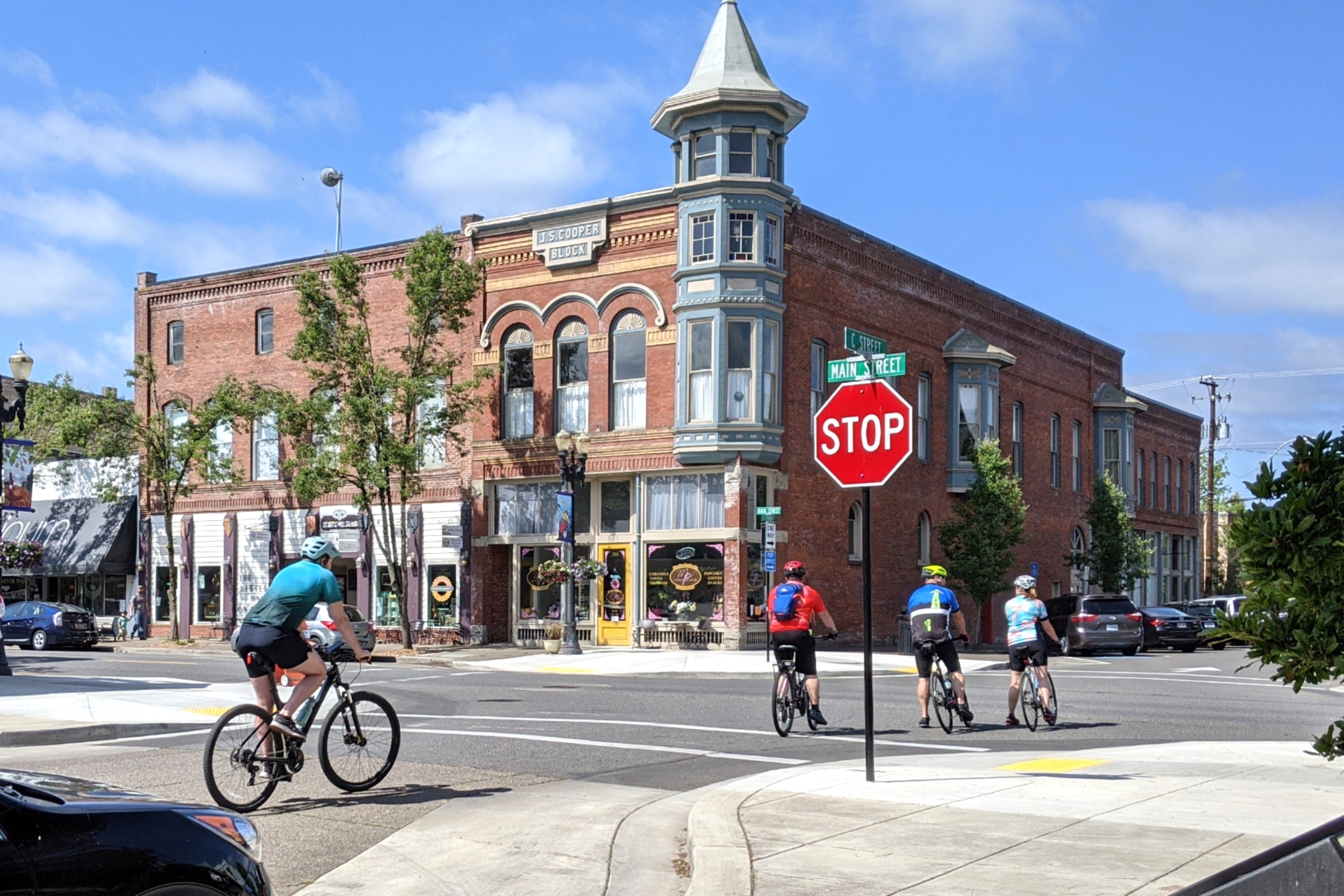