From Field to Fork in Independence

Some 15,000 years ago, a glacial dam burst on Lake Missoula in modern-day Montana, flooding parts of eastern Washington, the Columbia River Gorge, and the Willamette Valley. The cycle repeated numerous times over the course of a few thousand years: A glacial dam would form, causing a buildup of water behind it, before melting—and sending several tons of water and dirt flooding westward.

These floods imbued the soils of the Willamette Valley with the nutrients that make it possible to grow, well, almost anything in the region today: Polk County (in which Independence is located), along with nearby Marion and Yamhill counties, collectively grow more than 170 crops every single year in the heart of the Willamette Valley—including hazelnuts, berries, hops, and more. Polk County alone is home to more than 1,200 farms.

That close relationship with fresh fare has landed Independence at the heart of the Great Oaks Food Trail, a self-guided tour comprising nearly 50 culinary stops throughout the mid-Willamette Valley. Along the tour, hungry (and thirsty) visitors can taste local wines and beers at scenic taprooms; nosh on fresh fare at restaurants, bakeries, and cafés; and stock up at farmers markets, farms, ranches, and orchards.

With so many farms and so many crops to choose from, it’s no wonder creative chefs, brewers, and bakers along the Great Oaks Food Trail have adopted a “think local” mentality. Brewers imbue their ales and lagers with hops grown in Polk County—some plucked on farms just outside of town—while several restaurants use local greens in the salads, fresh-caught fish in their seafood, and Polk County berries in their desserts.

So here’s a guide to restaurants around Independence—and how they incorporate the farm-to-table mindset into their dishes and drinks. 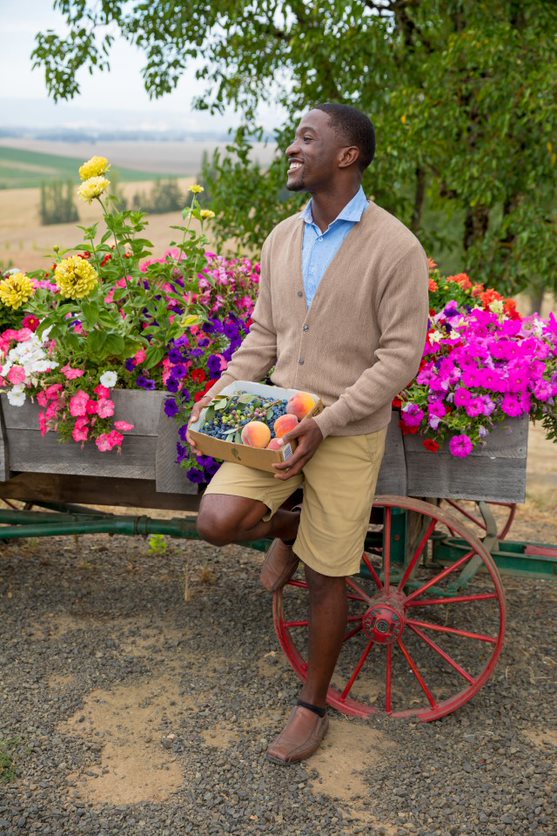 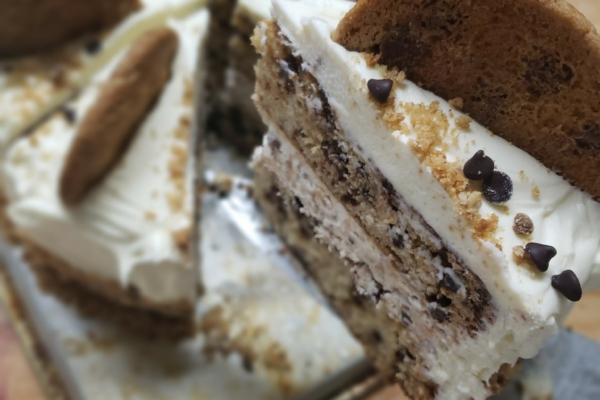 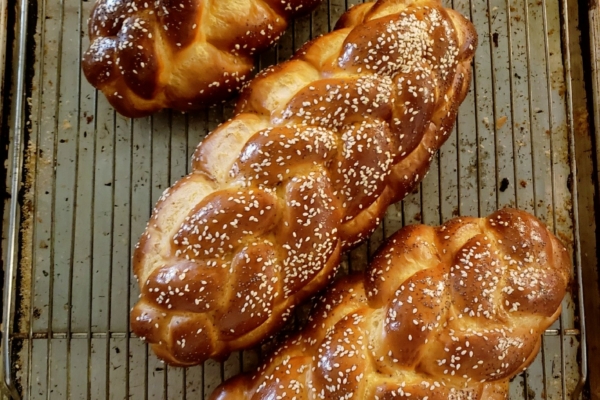 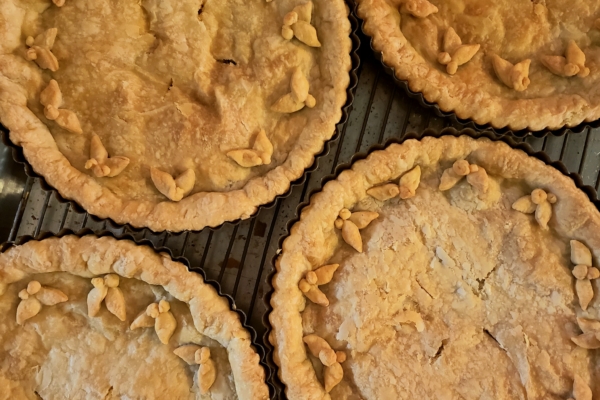 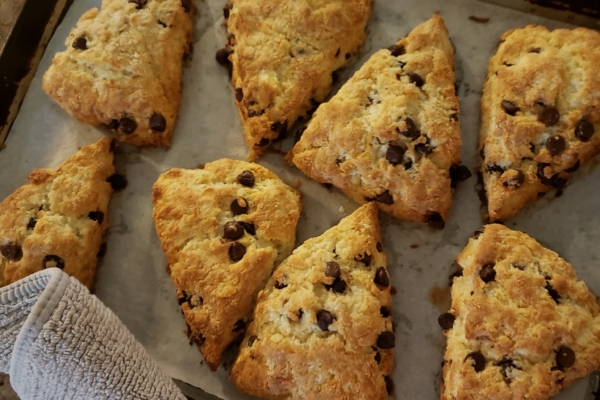 Territory at The Independence Hotel

Enjoy a taste of the Willamette Valley at Territory, the on-site restaurant at The Independence Hotel. The revamped restaurant—now with a covered riverside patio that allows year-round outdoor dining—prides itself on cultivating relationships with local growers and delivering Pacific Northwest-inspired cuisine, such as salads, steaks, and filling sandwiches. The menu changes with what’s in season but may feature locally foraged mushrooms, locally caught steelhead, and other fresh ingredients. 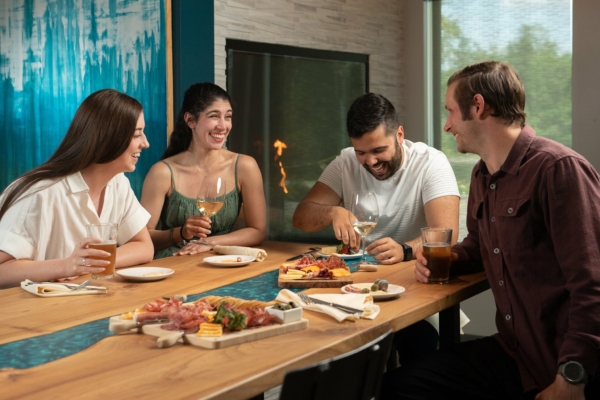 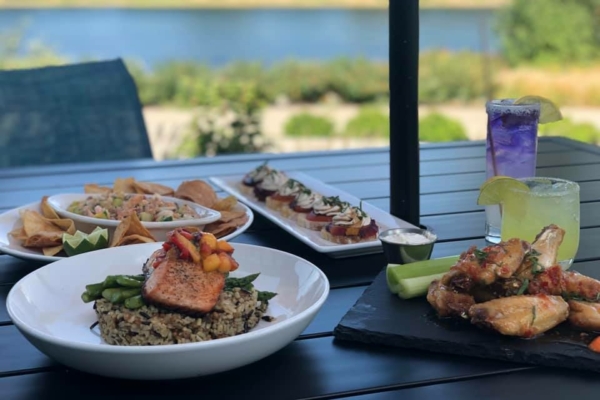 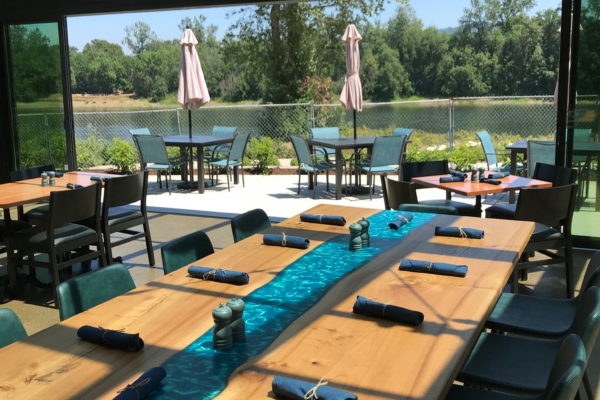 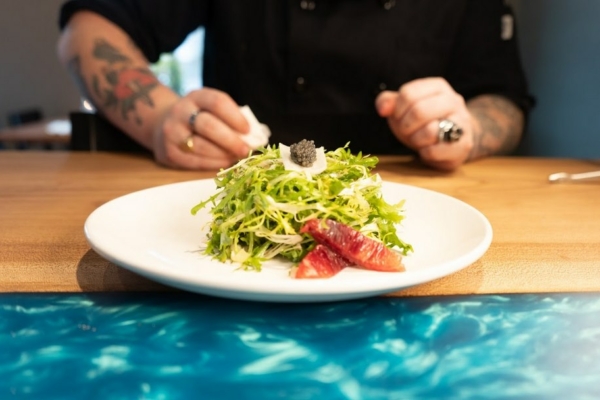 Housed in a former hotel that dates back to 1913, Mangiare Italian Restaurant serves a variety of filling old-world classics—including calzones, sandwiches, pizzas, and more than 30 thoughtfully crafted pasta dishes. Mangiare sources its produce and meats from local growers and pairs its Italian dishes with an impressive array of Willamette Valley wines. 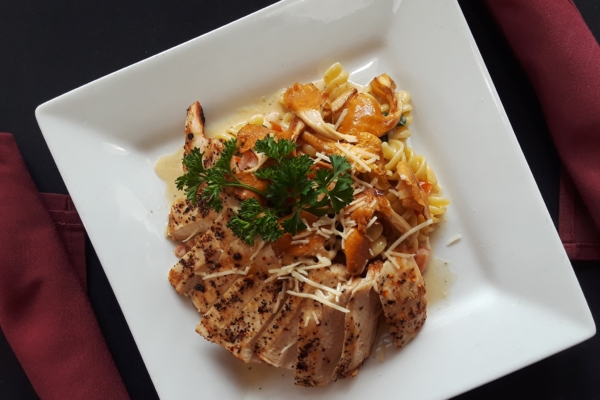 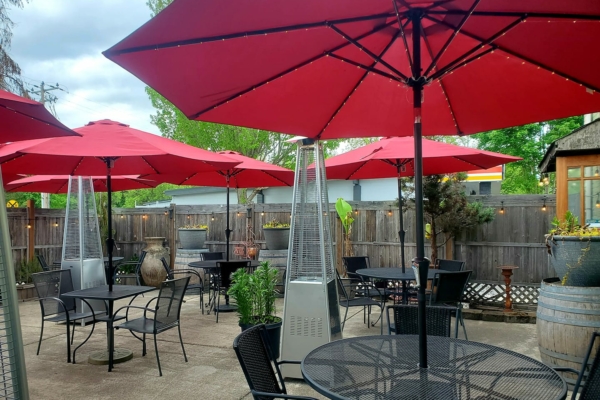 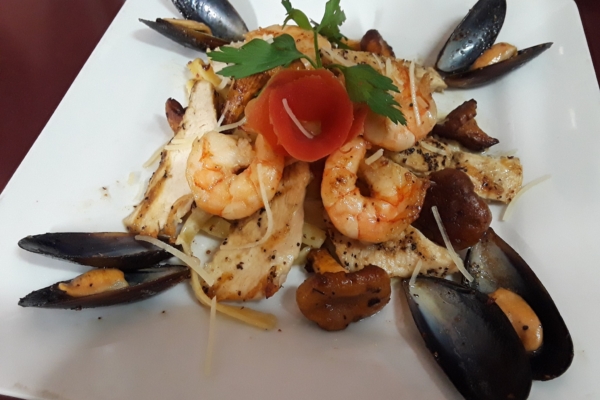 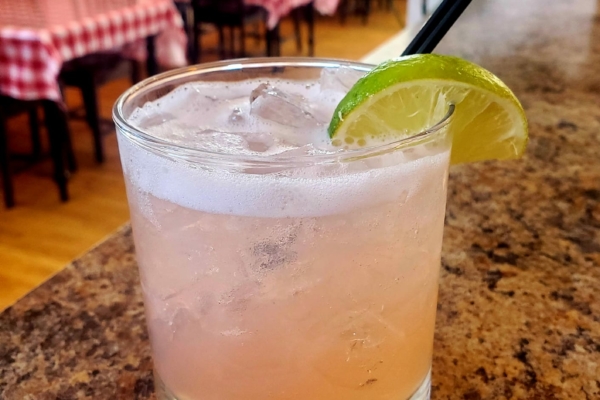 Growers in the Willamette Valley have cultivated the humble hop—one of the key ingredients in the craft beers we enjoy today—for more than 150 years. The first European hop varieties were planted in the region in the 1860s—and, by the 1930s, Polk County was the United States’ leading hop-producing county. (Fun fact: At the time, Polk County was known as the “Hop Center of the World.”) And while Parallel 45 Brewing doesn’t grow its own hops, it does carry on the region’s rich tradition by sourcing the hops for its lagers, IPAs, porters, and more from the surrounding Willamette Valley. 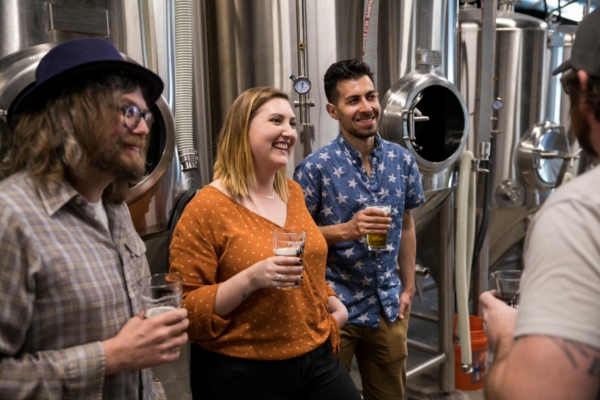 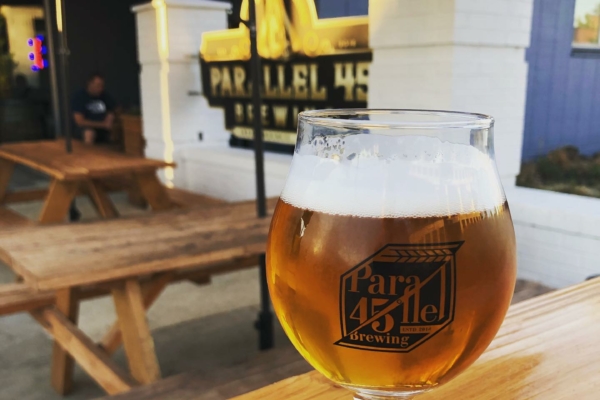 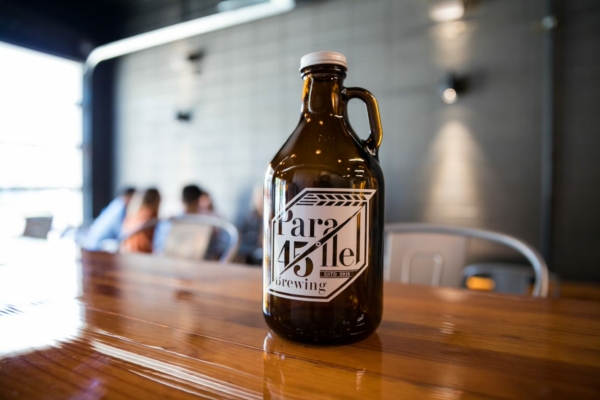 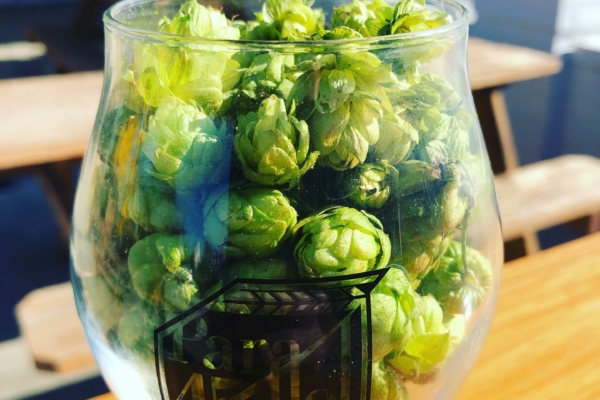 Gilgamesh Brewing opened its third outpost in downtown Independence in early 2021 and quickly earned acclaim for its chic interior—crafted with repurposed wood—and spacious back patio. But what’s on the plate (and in the glass) is just as memorable as where you enjoy it all. The River, as the pub is known, sports a food menu heavy on pizza, sandwiches (which use house-made bread), and salad—and sources its food and beer ingredients from the Willamette Valley whenever possible. One of Gilgamesh’s early beers, for instance, was brewed with mint cultivated on a nearby farm. And whenever Gilgamesh brews another batch of its award-winning beer, it ships the spent grain to local farmers so they can feed their cattle. 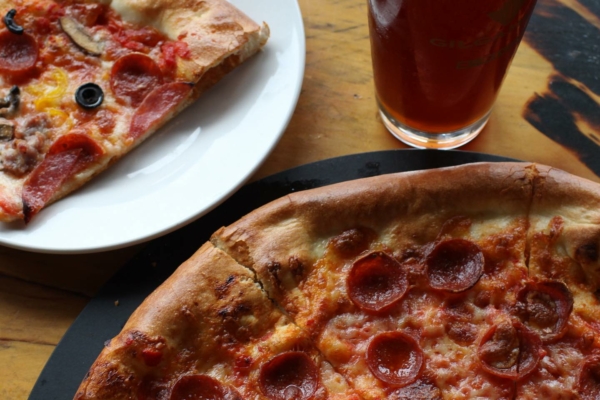 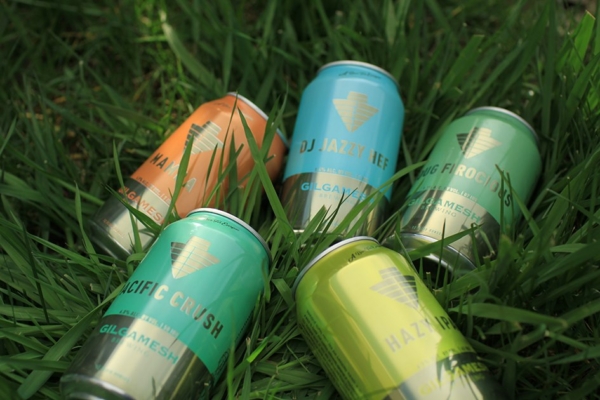 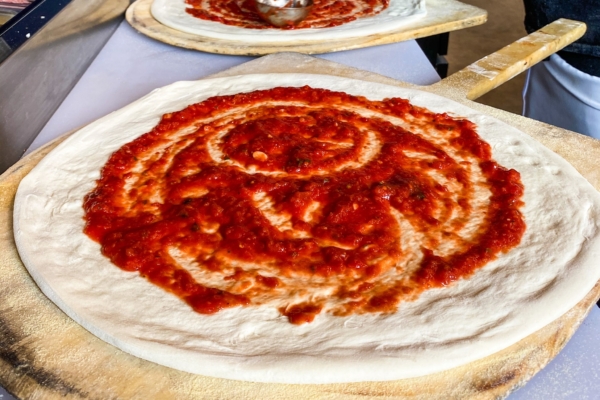 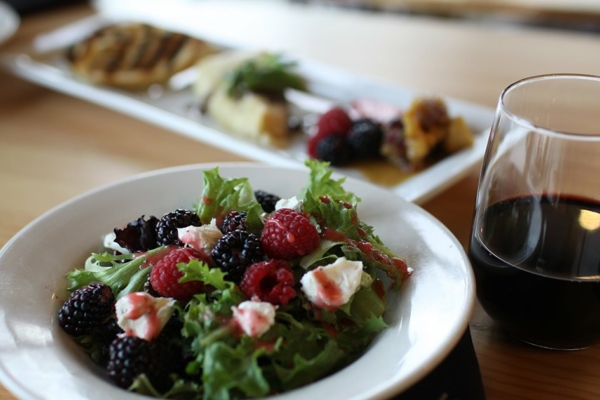 This is more of a “coming soon” reminder than anything—but keep an eye out for a whopping five restaurants coming soon to Independence, all under the Headwaters Concepts umbrella. That position within a burgeoning regional chain gives the new restaurants considerable buying power—which makes it easier to source its ingredients from Willamette Valley farmers whenever possible. When all five restaurants open around town, diners will get to enjoy (among other fare) classic breakfast and lunch dishes, award-winning Willamette Valley wines, and all manner of pies—meat pies, pizza pies, and (of course) sweet pies. Naturally, each restaurant will spotlight locally grown meats, fruits, and vegetables. 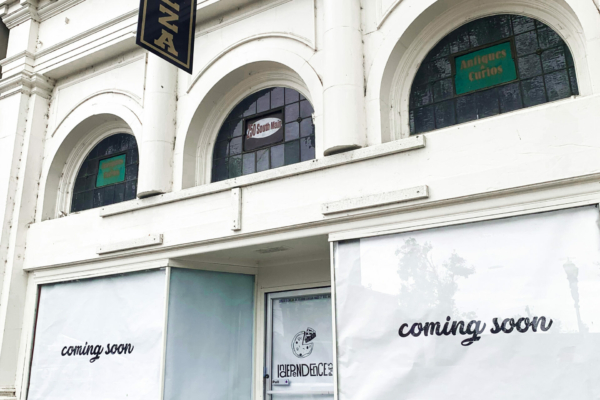 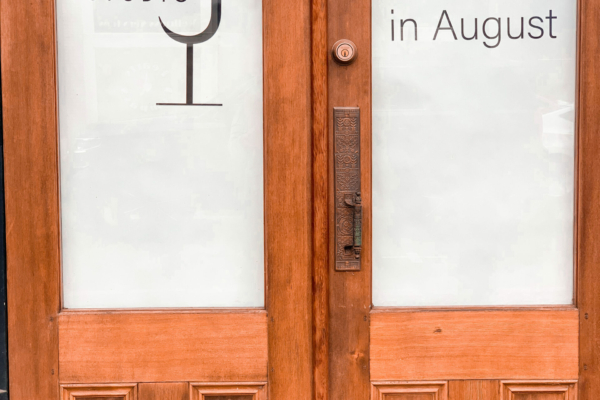 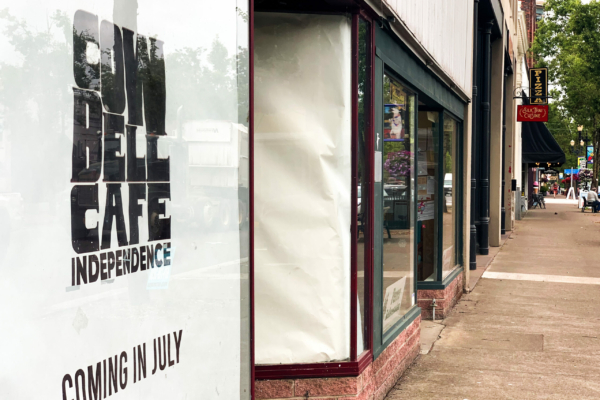